A low carb diet is one that restricts the amount of carbs that you eat. 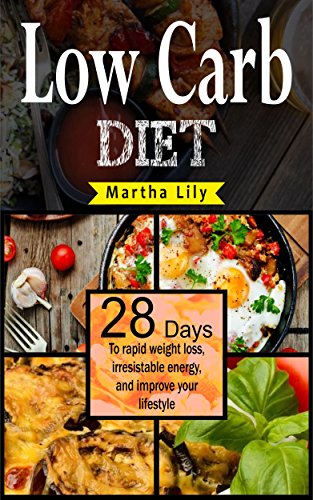 Like the ones that you find in fast foods, junk food, sweets, fruits, breads, starchy vegetables and pastas. On a diet like this, you switch out those foods for healthier ones vegetables, and lean meats.

A low carb diet can help you lose weight fast. It can also help you with other things like lowering your chances of getting diabetes. It lowers blood pressure, cholesterol and your risk of getting heart disease.

Studies have shown that following a low carb diet is better for your heart than one that is higher in carbs. How the diet works involves more than cutting back on your carbs, because most people assume that certain foods that are thought to be healthy, such as fruits, are low in carbs.

But just the opposite can be true. Bananas are higher in carbs and depending on the size of the fruit can contain twenty or more carbs per serving. Grapes also have a higher carb count than fruit such as cantaloupe or plums, which both have about seven carbs.

The diet teaches that when you’re making a food choice, choose the lower carb one.

But a better option would be to choose vegetables that grow above the ground because these generally have fewer carbs.

Cauliflower has four carbs. Avocados only have two. Spinach goes lower than that and only has one carb.

That’s why it’s important that you know the carb amount of what you’re eating. The diet focuses on carbs that are not refined. Some refined carbs are food items like bread, cookies and cake.

These are also known as simple carbs. You want to choose foods that are low carb and contain natural complex carbs. These help you feel full longer and also help you lose weight.

When you cut your carb intake, it helps with your glucose control, which in turn helps maintain insulin levels which burns fat.

It does limit fruits. Since your body does need fruit, you’ll have to know which ones are the lowest in carbs – like strawberries and blackberries.

The amount of carb intake you’ll want to use depends on several factors, but on average, a low carb diet is 100 grams or less.

If you want to, you can go to a 50 or less low carb diet or even go ketogenic at 20 or less. To find success with a low carb diet, you should focus on eating as low carb as possible without counting calories.

You should eat until you’re not hungry. If you snack, choose something like a boiled egg or cheese cubes. The tools that you’ll need for this diet depends on your knowledge of low carbs.

Most people don’t know enough about which foods have what amount of carbs to wing it without some kind of guidance. So for that reason, you should invest in a low carb diet book or join an online monthly low carb membership program to get the help that you need.

The Power of Stretching Helps Us Avoid Injury

Benefits of Chair Yoga for Seniors

An Introduction and Overview of Capoeira

3 Self-Defense Moves Every Woman MUST Know

Women Drivers How to Stay Safe in Your Vehicle

6 Tips For Choosing The Right Self-Defense Classes for Women

Sheep No More: The Art of Awareness and Attack Survival